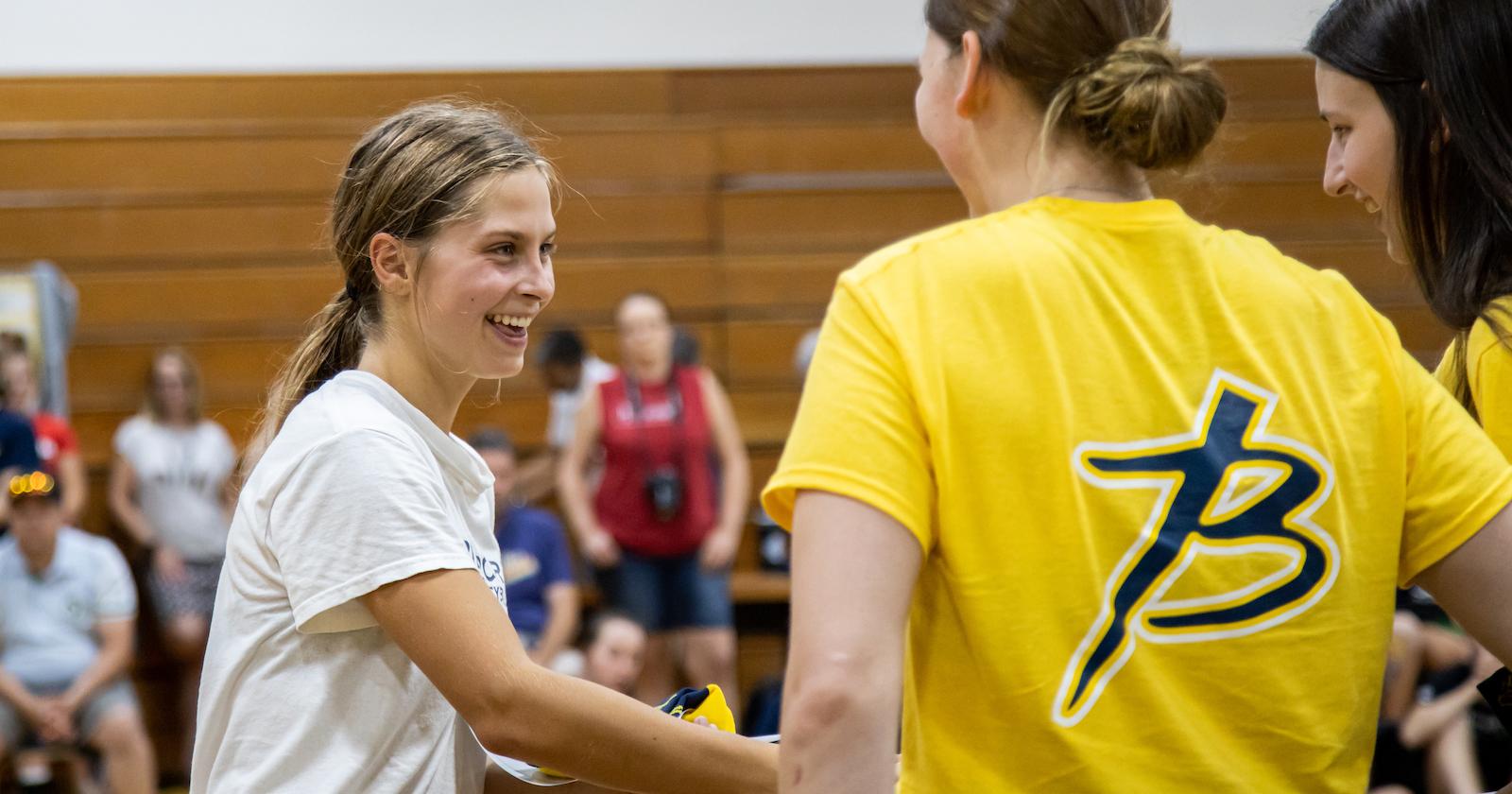 Briercrest Athletics Camps and Discipleship: An Interview with Elly Blackaby

Elly Blackaby, camp director for Women's Volleyball Camp 2021, reflects on highlights and the richness of discipleship in athletics.

Elly Blackaby is a Briercrest Seminary student in the MATS program and longtime participant in Briercrest Athletics Camps. She played volleyball with Team Canada (2015-17) and a team in the Phillipine Super Liga (2018) before returning to Briercrest to coach and study theology. Elly sat down with us to share a bit of how camps went this summer.

TL – How long have you been involved with athletic camps?

EB – There were a couple of summers I missed but I think it’s been a decade of being involved with camps! So that’s weird! I went to the camps [as a camper] which is why it’s been so long and then I coached, and then recently went into an assistant director role, now this summer the director role. So it’s been fun to ‘rise up the ranks’ and be involved for so long.

EB – My first Clipper Camp was in 2009 and I had just moved from Ontario so it was really good for me to meet some people and get involved. I did both basketball and volleyball that summer and it was really good!

I met some of my best friends at that camp and we’re still best friends. They ended up going to high-school with me here too and we still hang out and we were in each other’s wedding parties. 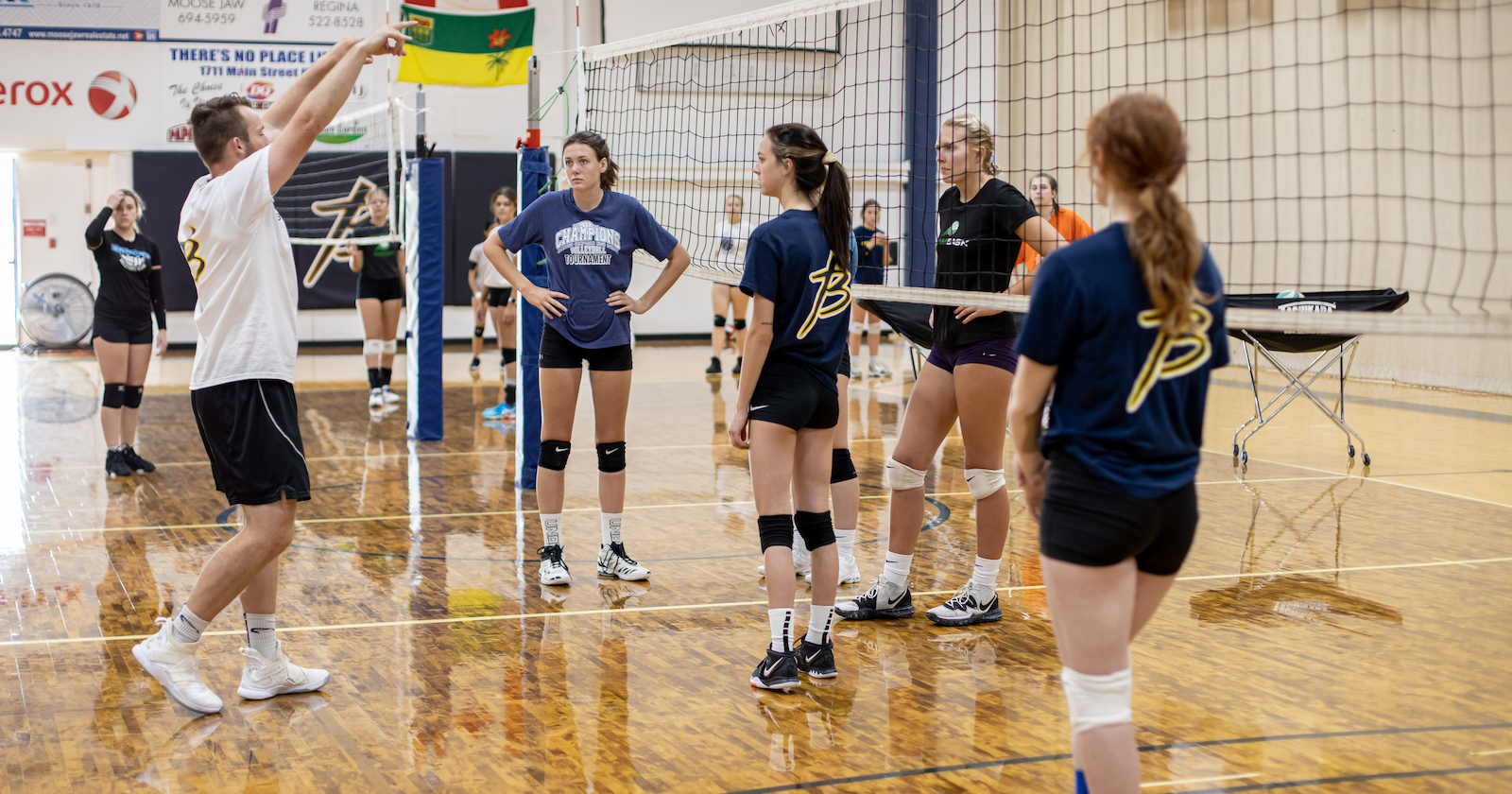 TL – Tell me a little about your role this summer.

I was basically in charge of registration, planning the camps, schedules, the staff, all the little details that need to come together for the camp to run. During the camps I did some coaching but mostly was being a support to the staff, making the sure the schedule runs and everyone was in the right place.

TL – Any highlights from your two weeks?

EB – I was thinking about this… a highlight every summer is seeing the kids respond to the gospel. Not even necessarily saying a believer’s prayer but wanting to connect with a coach and sharing their heart and being vulnerable.

We always do an all-star game for the camp. We choose all-stars from the campers and they play the coaches in a match. For the first week, they were younger girls… because we’d never separated the older and younger girls to different weeks before we’d usually picked all-stars from the older girls! So, for the grades 7-9 I was a little bit nervous because I’m like Oh, these girls are young! How’s it going to go in an all-star game? Will we just crush them?! They did amazing!

EB – We still won but… They. Did. Awesome! They were super organized and did really well. One of our coaches, Tyson, coached their team, and it felt actually like an intense, good game and they just took on the challenge. I was ref-ing those games and it was really cool to watch. 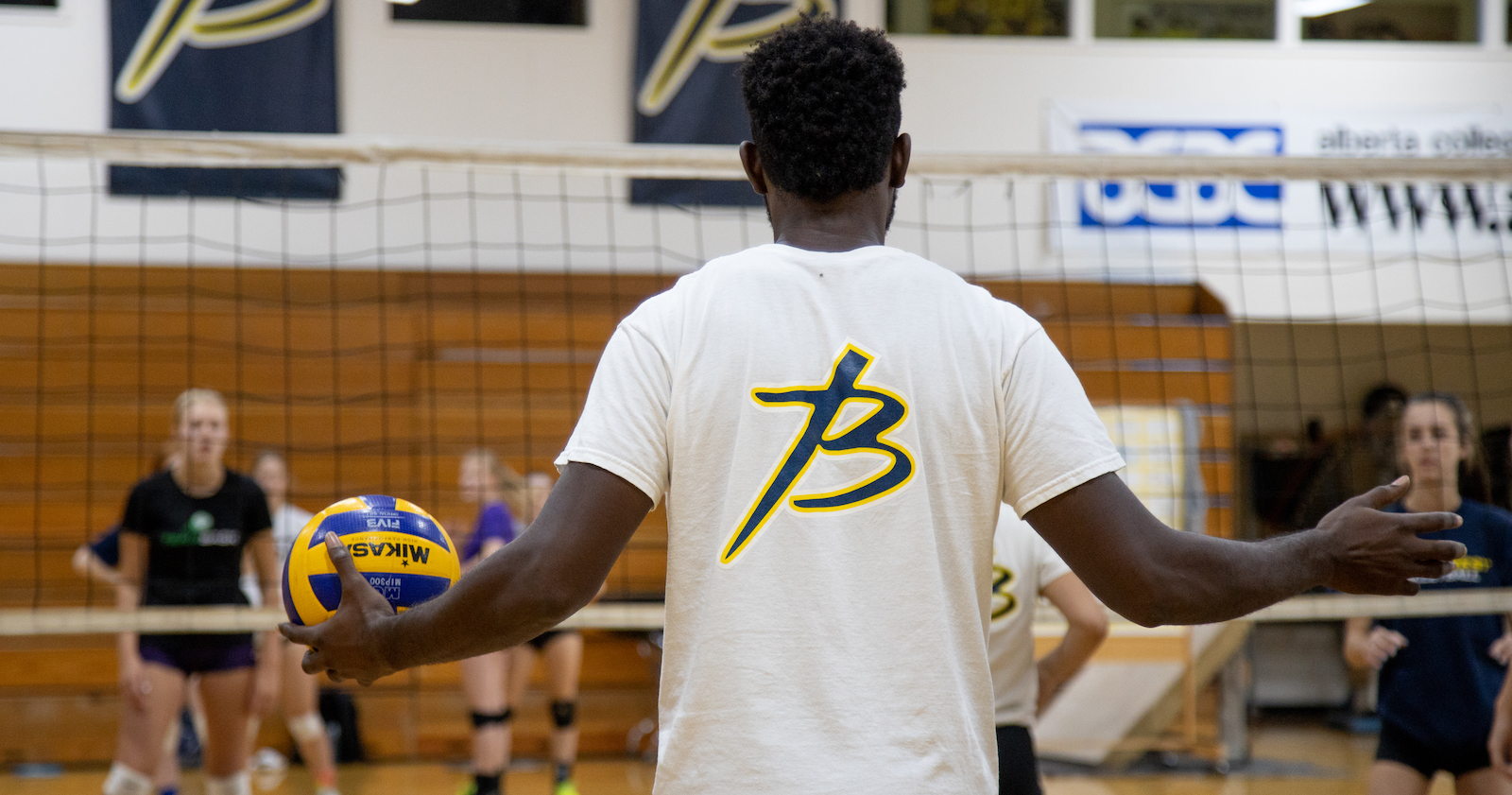 TL – Did you see any growth and victory in your coaches that felt worth celebrating?

EB – Usually, we have a lot returning coaches, but I think this year in both camps we only had me and two other coaches who’d been to camp before. So, a lot of coaches had never coached at camp. Some of them, especially the younger ones, were kind of nervous. So, it was really cool to see them take on the challenge and excel and grow through it. It was really rewarding.

One of our coaches messaged me ahead of time, concerned about getting enough sleep because she always does so much better when she gets plenty of sleep. I was like, “Sure we can work together to make sure you get enough sleep.”

And then during the week at night, after our evening programs she was super involved in talking to girls who needed extra prayer and extra attention and she ended up staying up quite late several nights in a row!

So, it was kind of funny how this was something she was super anxious about but she ended up being really, really involved and the Lord sustained her. She somehow made it through and was completely fine and it was cool to see her trust in the Lord with that. That was her goal: “I need to surrender this sleep thing to the Lord” and she did and it was really cool to see!

TL – How about your campers?

EB – This summer, I really noticed, especially in the younger camp that these kids don’t always really know how to fail. Especially trying out a sport for the first time you’re going to be bad and mess up and work through some of those emotions.

So, it was really cool actually to have conversations with those girls and push them when they’re freaking out because they’re failing essentially and they don’t know how to handle that. It was really rewarding to see some of them work through that and be able to understand “okay, my identity isn’t attached to how well I played in this match. How do I work through not playing the way I wanted to or failing and trying again?” So that was really cool to have those conversations with campers. 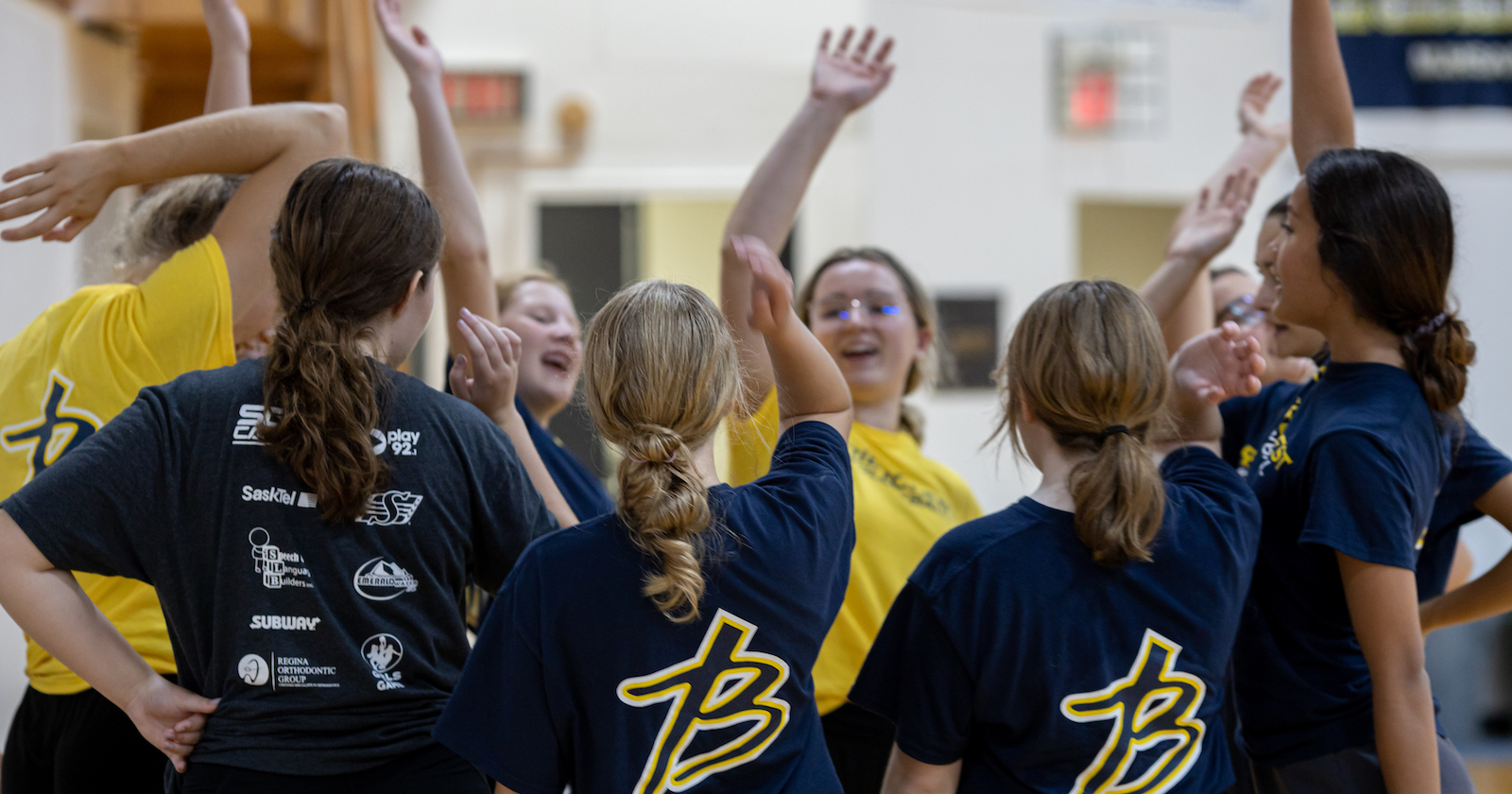 The team celebrating their performance.

TL – How have you found discipleship in athletics?

EB – Super awesome. People know it’s a Christian camp when they’re coming. Usually I think [the campers are] about 70% Christian and 30% non, or 80-20, so majority are going to be Christian but it’s a mixed audience.

[We are] really open from the beginning about who we are and what we care about. Obviously, we’re there for volleyball but the reason why we are here is because we have a relationship with Jesus and want to help you grow in your relationship with the Lord wherever that journey is at.

Coaches get a lot of chances to show pieces of their story, connecting with the campers on a personal level about how God has been teaching them recently or in the past.

It’s not like “how do we fit God into the sport?” I feel like we try to communicate that this sport is a part something much bigger than us. Volleyball is a cool platform for us to grow as people and believers.

TL – Do you have any advice for anyone considering being a camper or coach for Athletics Camp in 2022?

EB – I think the main thing is just having an open mind and not being afraid of what people think of you. You’re going to be doing so many things – even if you’re an experienced player – you’re going to be learning new ways of doing the sport. Just being willing to get out of your comfort zone and to try. That’s more on the camper side.

For coaches, I think the focus is that it’s a really, really intense week. So, prepared to focus 100% on the campers, because we’re here to serve the campers, not ourselves.

EB – I think if you want to grow as a person, relationally, emotionally, spiritually, athletically, then doing a week-long, overnight camp with a busy schedule stuffed with not only sports but also important personal and vulnerable conversations is the place to be! 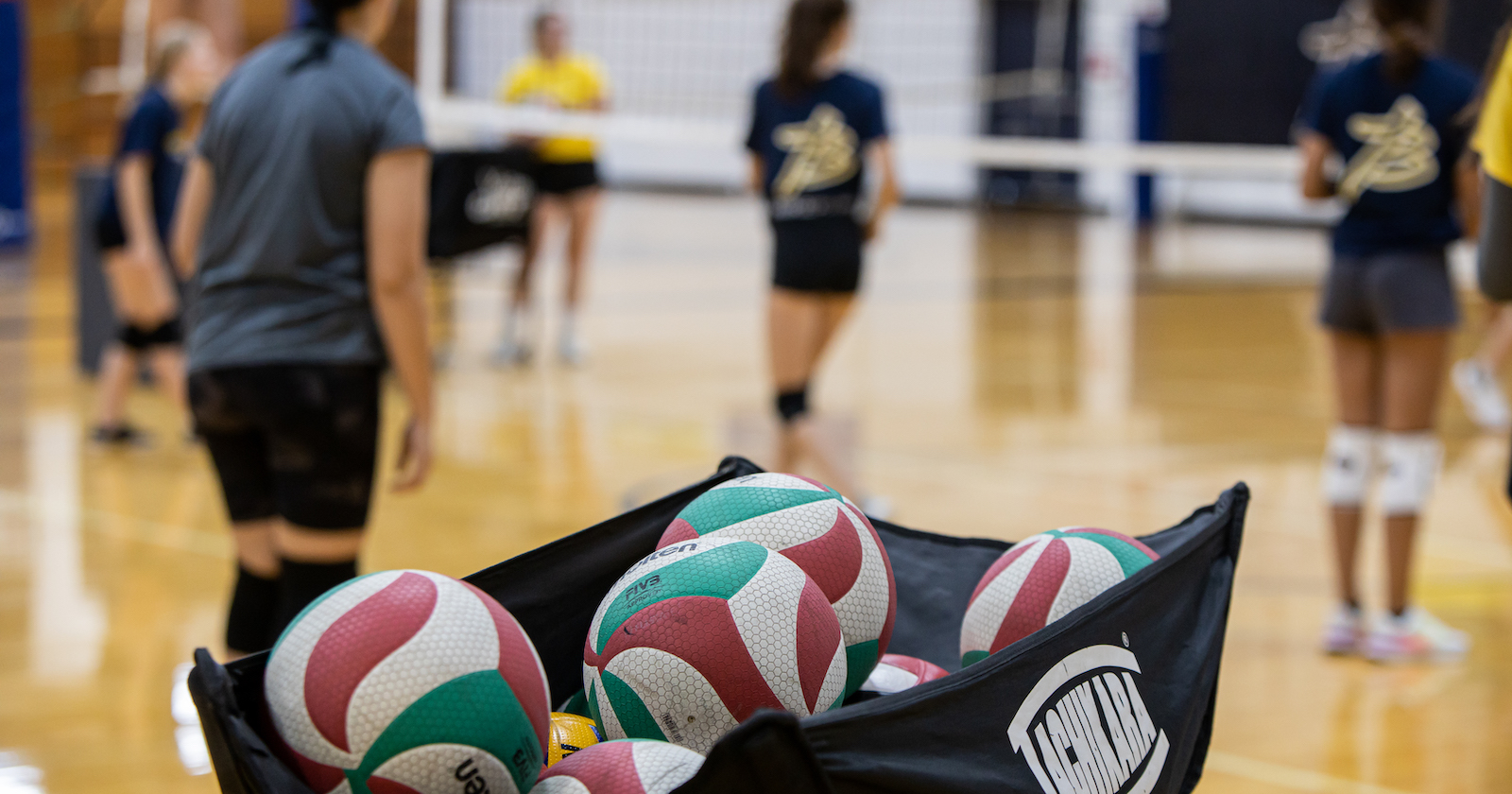 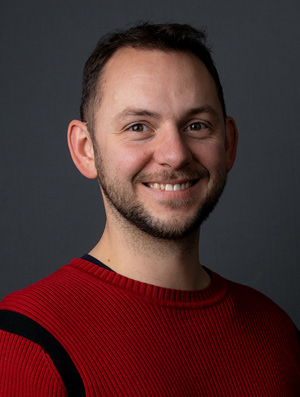 Timothy Lenko serves Briercrest as the Social Media and Content Coordinator. He completed a Masters in Biblical Studies at Canadian Southern Baptist Seminary (2020) and is a produced playwright.

share this post
More Posts
Briercrest athletics has been instrumental in my learning and personal development. This program mentored me and taught me about servant leadership and the importance of authentic relationships.
Brooke Peterson
Start your application