Parent Story: Briercrest College Was the Right Choice for My Son 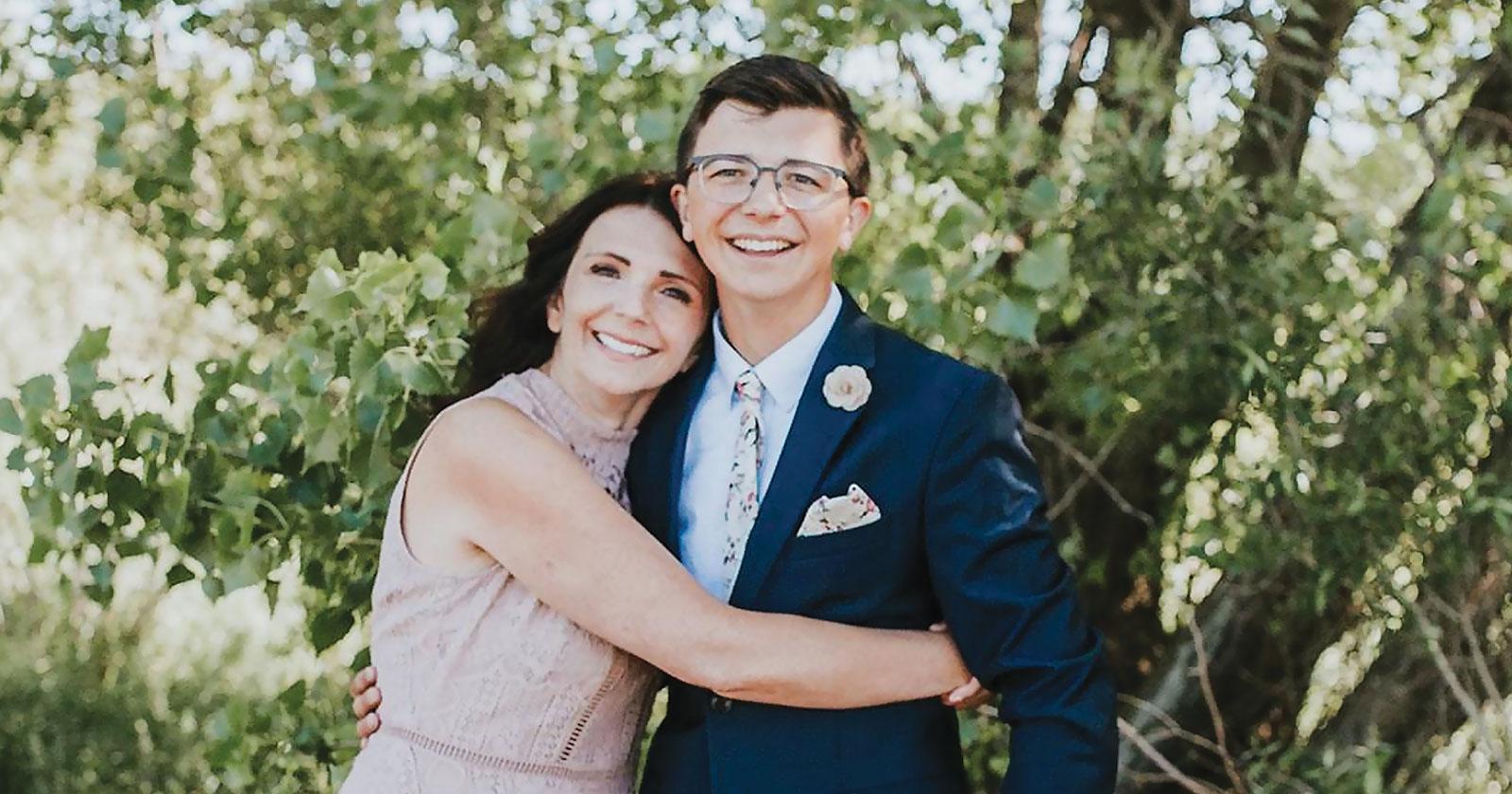 William Dmytrow is a Christian Ministry student at Briercrest College—but that wasn’t always his plan.

Up until three weeks before he was due to begin his studies, Will planned to study policing at a secular college of 5,000. But when God called, Will left all these plans behind and enrolled in Christian Ministry at Briercrest.

Will said, “My mom (Marcy) is not a Christ-follower, but the things she says about Briercrest are so profound. I believe the mission of Briercrest has not only changed and transformed my life, but it is also starting to change and transform lives around me, and for this, you can call me blessed.”

Read on as Will and Marcy have an honest conversation about Will's decision to attend Briercrest and what this has meant for his life.

Will: What were your initial thoughts and feelings towards my last-minute decision to go to Briercrest?

Marcy: You called me at work, which was weird, because you never called me at work. You always have respected my work time. So, I knew it was something serious. I was initially shocked about this Briercrest place because you had been so invested in becoming a police officer.

You just had such an articulate way of expressing yourself about why you needed to go to Briercrest. Like it was a calling. I said, “Just as long as you understand you need to complete some sort of full secondary education.” Then you said something like, “Yeah, absolutely. I think this is going to be good for me.” And you were so passionate about this Briercrest place, so eventually, I said of course—what could I do to not support that?

Will: As you look back three years later, how would you say you feel about that decision?

Marcy: I look back and think this obviously was the best choice for you.

You have become so passionate about adding value to this world, you are such a social person and you have all these great characteristics about you. To me, seeing you grow at Briercrest has been absolutely beautiful.

You've had so many opportunities at Briercrest that you probably wouldn't have had had you went [to policing college]. I think the opportunity for you to grow and have these opportunities and then to develop these relationships with your professors is phenomenal. I remember you talking about going out for coffee with your professors. And I'm like, “What? What professor has time to go out for coffee with their students? I never did that when I went to [university]!” I would have loved to have done that—to have that relationship and that mentorship, that growth and development.

So many doors have opened for you at Briercrest, not just for getting an education, but for personal development and growth. And I thought, “Wow, that's a really cool opportunity to have when you're in that age group of 18 to 22.”

You have become so passionate about adding value to this world, you are such a social person and you have all these great characteristics about you. To me, seeing you grow at Briercrest has been absolutely beautiful.

And you're an emerging adult, [so] to have that support system seems so important. It's definitely not something I had as a university student; I remember when I went to [university] I would go to class and try to connect with a professor if I could, but there might be 500 kids in your first-year class, so it was lonelier. A school like [that] is more of an alone experience in that way.

Will: Has there been a specific moment where you realized, “Wow, this must be where Will is supposed to be right now?”

Marcy: I think there have been several moments like that for me.

Every time I talk to you, you're just so happy, and you have so many great stories to share about your experiences at Briercrest. I thought the first year was just going to be a development and growth year… then, when you went back the second year, and you were sharing all the great things you were doing, [and] you were exposed to so many different views and so many different ways of perceiving the world positively, I knew: this is where William needs to be.

Then I thought, what would it have been like if he had been in this random college in [another city]:

Studying in a room by himself?

And what kind of community would there have been for Will?

Like what kind of support would he have had?

How would that have affected him differently?

And I was happy for that because everyone wants their kids to be happy and know that they're getting a good education and that they're being supported. I think that Briercrest excels at providing that community and education.

Watch: How a Briercrest education is made up a mix of academics and discipleship, and the difference this makes for students.

Will: What are some of the changes that you’ve personally seen in my life during my time at Briercrest?

Marcy: Well, your maturity has just grown so much. I think you have a pretty strong idea of where you want to go in your life now in terms of sharing your love with the world and sharing God's Word with the world.

How do I explain that?

I just think you are very confident in your path, and you speak with confidence and passion. You know where you're going and what you're doing. And I think all the tools and the people in the community that Briercrest has provided you have supported that confidence in your journey.

Will: Do you think it was worth the cost to support me going to Briercrest?

I think about when I went to [my university]—that's where I had hoped you were going to go. I always tried to brainwash you guys, [saying] “That's your school after high school, kids.” And don’t get me wrong, I loved my education there. And I'm glad I got my education there.

If you want to get an education to just take your class and go home to do your homework, cool, that’s what you’re going to get. But I am beginning to see that Briercrest has given you the extra piece that you would never get anywhere else. It's that icing on the cake or the magic dust; honestly, I don’t even know how to word it, but there is something different at Briercrest that seems to really matter.

Will: Every year, I hear people say, “I was going to go to Briercrest, but my parents won't support me.” So, what is some advice you could give to a parent who is navigating that decision?

But if you're wanting your kid to have that extra development piece in terms of personal development, community, and that support with key connections with the professors and the other students, those pieces will be found at Briercrest. I encourage you to send your kid to Briercrest. The amazing elements that Briercrest has are very hard to attain at a [public university] like [mine]. So, if you or your kid are looking for that extra piece of development, growth, and support, then you're going to find that at Briercrest.

I guess it depends on what your kid needs or what direction your child's going in. But there are all sorts of degrees at Briercrest that you can get the same as [public universities]. You don't have to go there for the full four years. Like you once said, "Maybe I'll do one or two years and transfer to a different school as the credits will transfer over."

I came to Briercrest as a mature student who was very new to the faith. While I am grateful for the formal learning experiences, the relationships I formed here are what really breathed life into what I was studying.
(College)
Start your application